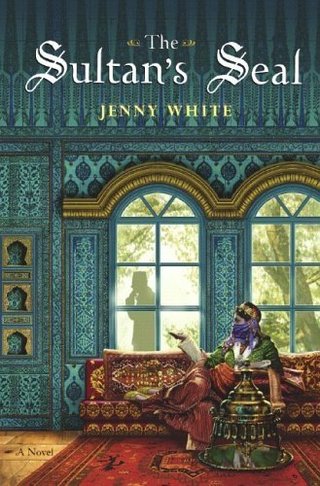 Rich in sensuous detail, this debut novel brilliantly captures the political and social upheavals of the waning Ottoman Empire. The naked body of an Englishwoman washes up in Istanbul wearing a pendant inscribed with the seal of the deposed sultan. The death resembles the murder by strangulation of another British governess, a crime that was never solved. But were these political murders involving the palace or crimes of personal passion? Kamil Pasha, an aristocrat and modernist who is a magistrate in the new secular courts, sets out to find the killer, but his dispassionate belief in science and modernity is shaken by betrayal and widening danger. Interwoven are the lush, mystical voice of a young Muslim woman, Jaanan, who recounts her own relationships with the dead woman and her suspected killer, and letters from the British ambassador’s daughter, who finds herself investigating what the women in the harem know, with disastrous consequences. An absorbing tale that transports the reader to nineteenth-century Turkey, this novel is also a lyrical meditation on the contradictory desires of the human soul.

Iain Pears, author of An Instance of the Fingerpost
"A wonderful read.... An historical novel of the highest quality."

Tom Harper, author of The Mosaic of Shadows
"An impressive debut.... She immerses the reader deep in the opulence, beauty and danger of the fading Ottoman Empire."

Diana Gabaldon, author of A Breath of Snow and Ashes
"Intricate and subtle as a Turkish carpet, lush as silk upon the skin... fascinating and remarkably knowledgeable."

Octavia E. Butler, author of Fledgling: A Novel
"At its best, a good historical novel takes us to another world.... Jenny White does this remarkably well."

Elif Shafak, author of The Saint of Incipient Insanities
"A joyous celebration of love and desire that recognizes no cultural boundaries."

Dora Levy Mossanen, author of Harem and Courtesan
"White's prose glints like the shores of the Bosphorus she brings to life with breathtaking detail."

Booklist *Starred Review* This impressive first novel rests securely on the author's background as a professor of anthropology and writer of several nonfiction books on Turkish society and politics. That said, she turns to fictional writing about Turkish history with full awareness of the historical novel's need for authentic detail, tone, and characterizations but, at the same time, its requirement, to be successful, that it avoid a lecturing manner or the slotting in of large chunks of undigested information gleaned from research. The premise here is sort of CSI goes Ottoman Empire, in the late nineteenth century, that is, when the sultan reigned supreme and everyone was spied upon. The body of the English governess of the former sultan's granddaughter is found floating in the Bosporus, obviously the victim of murder. Seeking an answer to the crime leads Kamil Pasha, the local magistrate, to explore parallels between this event and a previous murder: that of an Englishwoman under similar circumstances. Court life and customs in old Istanbul are thrillingly captured here, with readers easily transported back to those days when mystery and intrigue lurked around every corner. Brad Hooper
Copyright © American Library Association. All rights reserved